The DOS versions of the Twilight menu came with some easter eggs, most notibly the “dRuNk mode” on the first release. Here are some others.

For those who don’t know: Disk Operating System, or DOS, is the command line operating system used before Windows. In most applications you can ask what the program can do using the /? operator, such as: menu.exe /?.

In this case it returned some funny options. Here is an overview:

Using /? the following menu pops up: 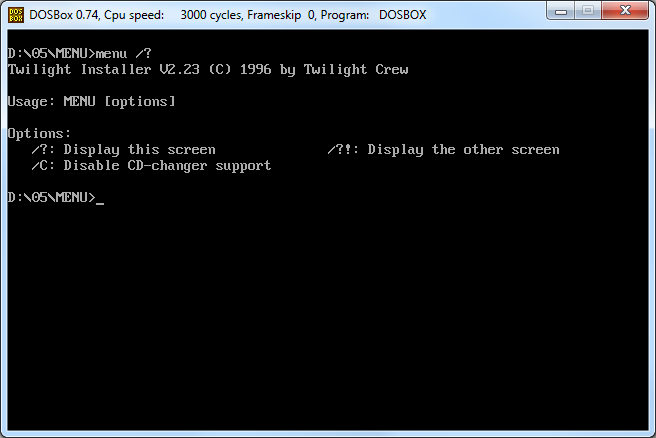 We use /?! to display the other screen… 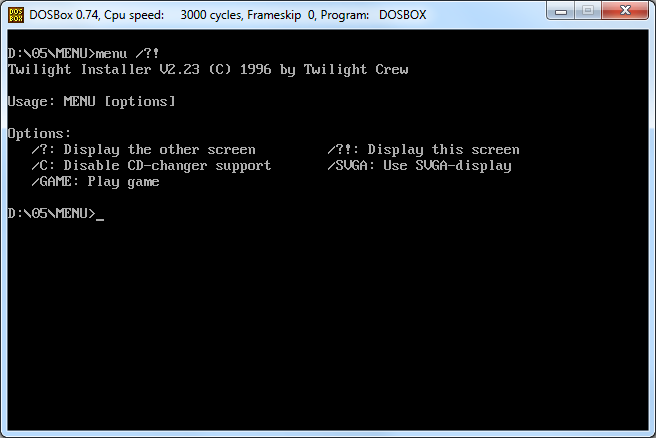 Not lets check out this game!! 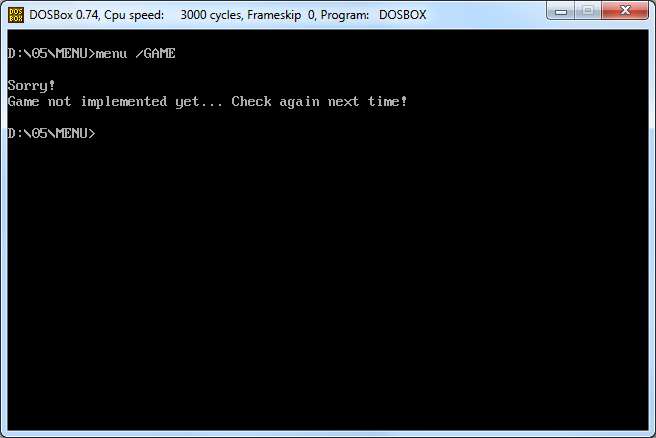 Running the command again did not result in a Game. This option has been in the menu until the 9th release, until the DOS menu was abandonned. 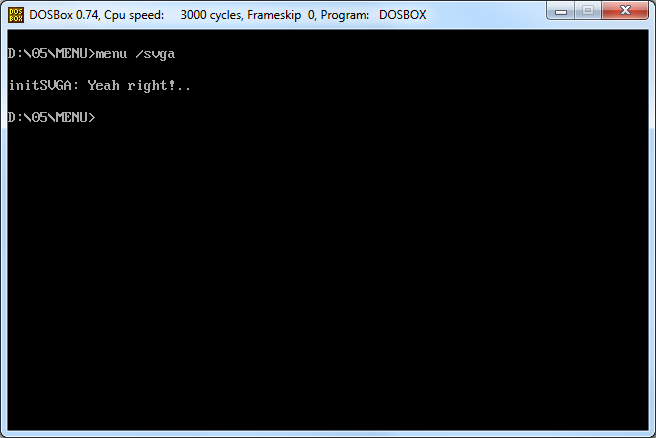 Also not going to work…

After browsing some more we found some more options on menu 8 and 9: 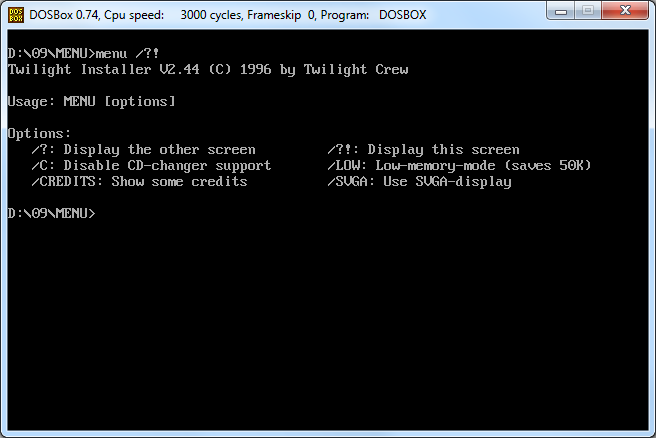 Using the /LOW options apperantly does what it’s supposed to. Yet this is barely noticable when having gigabytes of ram to spare.

So on to the credits: 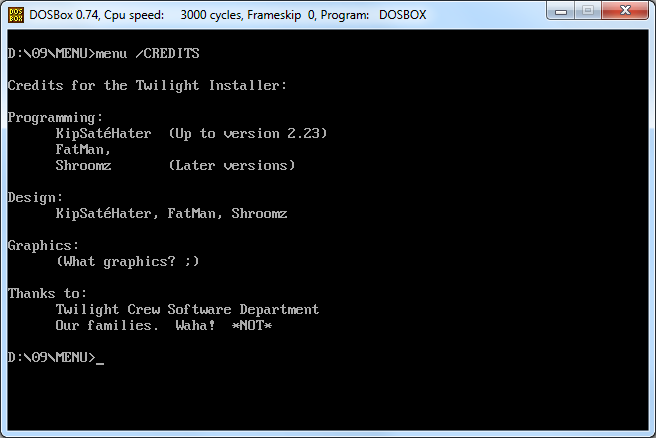 Credits for the Twilight Installer:

After terminating the Twilight Menu, other information appears: 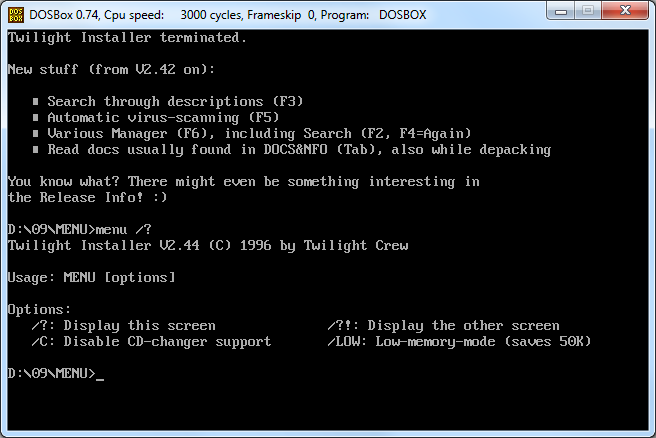 You know what? There might even something interesting in the Release Info! :)

All of this reinforces the idea that the early Twilights where made mainly for fun.

The strings used in the menu could not just be read using notepad. We found “HackStop 1.12cs (c) by ROSE, Finkenweg 24, D 78658 Zimmern”, this probably means that the executable is packed / zipped or obfuscated. In that case a debugger might provide more information. It did.